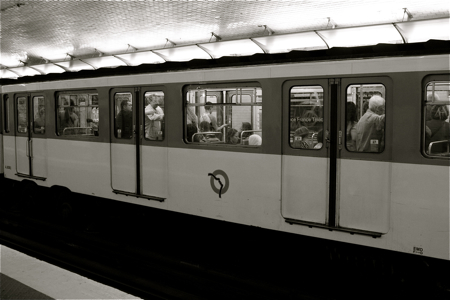 My next stop was Monmartre, and to get there I had to take the Metro again.  For someone who lives in a quiet rural area and travels mostly by car or on foot, the Paris metro can seem like an experience on a different planet.

You plan your trip through the maze of different lines and choose an optimal route with minimum switches.

At the platform you wait on an average for not more than 3 minutes, and when a train arrives you watch the empty platform flooded by a wave of bobbing heads.

You get on and quickly find a seat or corner, an illusion of personal space within this crowded, impersonal medium.

On the journey, you stare at the faces of strangers: of different colours, wearing different styles, inhabiting different moods.  You notice that a lot of faces do not indicate a happy condition, but slowly you begin to distinguish those that are just plain tired from those that are sad.  Your eyes lock with those of a beautiful woman, but before you begin to think of the possibilities, a station arrives and she strides out.

Outside, you follow her and others along passages that seem like a network of corridors meant for hobbits, passages whose walls are adorned with advertisements and paintings that make you stop and stare, passages where the occasional musician plays Vivaldi with a richness that mesmerizes you into forgetting the world.

When you emerge from the underground, it is like emerging out of a wormhole into a different universe, and you being to wonder which is the real Paris: the one you left, or the one you have entered? 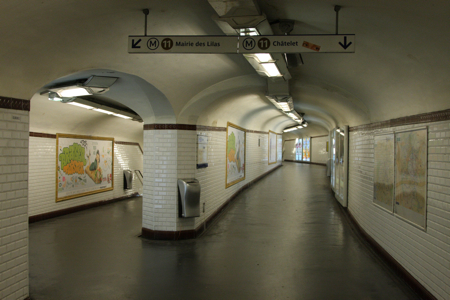