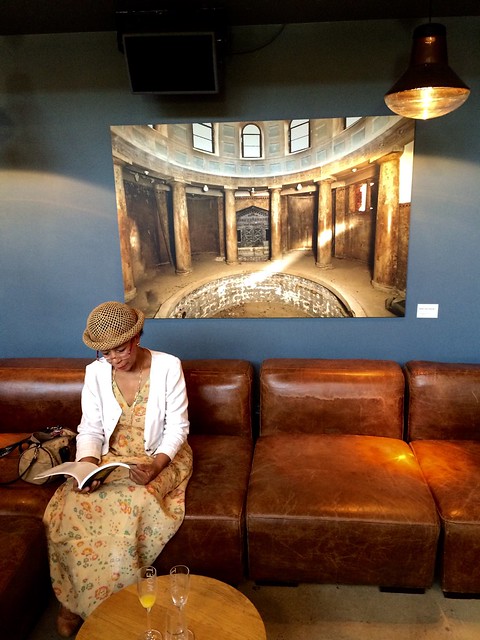 We returned last Sunday after a week in Istanbul. The visit wasn’t planned much in advance. A business trip to the city appeared in my wife’s calendar at short notice, and I decided to take a few days off to travel with her.

We traveled light – two half-empty suitcases – but in our minds we carried a ton of images, impressions of Turkey accumulated over a decade of living in Germany (where Turks are the largest immigrant community, a working class engaged largely in manual labour), impressions gleaned from Turkey dispatches in The Economist, from the movies and photographs of Nuri Bilge Ceylan, and the books of a Nobel laureate I shall try not to mention in the forthcoming posts about the city. Some of these impressions were challenged soon after we landed at Ataturk International airport. This was not a conservative muslim country full of women in headscarves. (About ten percent of the women we saw through the week wore them.) This was not a city full of chaotic traffic and streets choked with peddlers, vendors, and customers. (Such scenes existed, yes, and they were charming, but alongside them were areas more modern than parts of affluent Germany.) And the people! Why did we not expect the warmth and curiosity we were met with through the week? Living in Germany and traveling through Europe had plastered our minds with a set of behaviours we expected from locals; Istanbulites surprised us, delighted us, from our first day to the last. So did the cats in the city: never before had I seen so many cats in a week.

END_OF_DOCUMENT_TOKEN_TO_BE_REPLACED

Moosach to Lehel [U Bahn]

The guidebooks may not say this, but if you are not a city dweller, the metro should be on your list of things to do while visiting a city. To do the metro is to feel the city’s pulse, it is to see in one place denizens of many neighbourhoods, it is to sense the city’s infrastructure, its wealth, its security. The underground is a reliable guide to the city above (even the weather can be gleaned from what people wear and carry), and the metro is a good place to begin a city tour. This is what I did last Friday, on my way from the hotel, in the outskirts of Munich, to the Indian consulate near the city centre.

Munich metro took me by surprise. The stations wore a spotless, classy, modern, colourful look untypical of underground stops. People were dressed formally: men in woollen coats with quilted sleeves, designer scarves, and shoes so shiny you could comb your hair looking at them; women in cable-knit cardigans, branded leather handbags, high heel boots. They were all whites, they were all on their way to work or to school (where else would you go at 8 am on a Friday morning?), but they seemed dressed for a concert, or a dinner party. The carriages were not crowded (everyone had seats), and all the getting off and getting on was done with no fuss at all, as though they were quietly stepping into a dining room for supper. This was no metro: it was a luxury carriage service for rich Münchners.

Abhimanyu Lal and Vidha Lal in a Kathak performance at the Music Academy, Chennai, January 2013.

A still from Swan Lake, at the Badisches Staatstheater Karlsruhe, January 2004.

On a beach near Thiruvanmiyur, Chennai.