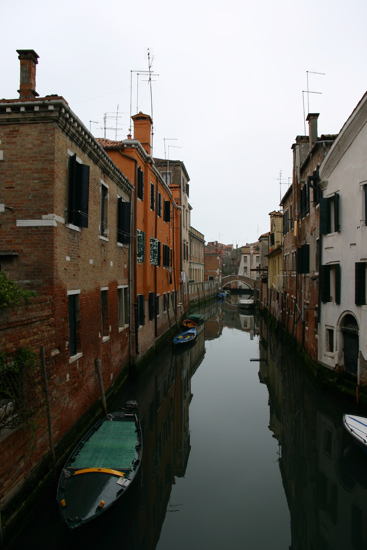 If I was allowed only one book as companion on a deserted island, it would be Italo Calvino’s Invisible Cities. Its visions of cities – sparse, yet dense – fills you with desire, longing and hope – just what you need to remain sane on a lonely island.

I cannot stop reading Invisible Cities.  Sometimes, returning from a trip to another new city, I flip through its pages to see if I can find the city described there.  Was it like Octavia, “the spider-web city” whose inhabitants know “the net will last only so long”? Or was it like Chloe, where “the people who move through the streets are all strangers” ? Or like Valdrada “on the shores of a lake” where “the traveler, arriving, sees two cities: one erect above the lake, and the other reflected, upside down.” and where “Nothing exists or happens in one Valdrada that the other Valdrada does not repeat”?

In the end, all these point always to one real city: Venice. But Marco Polo was indeed thinking of Venice while he narrated it all to Kublai Khan. Which makes the book’s effort more astonishing, and you wonder: in how many ways can someone describe a city?