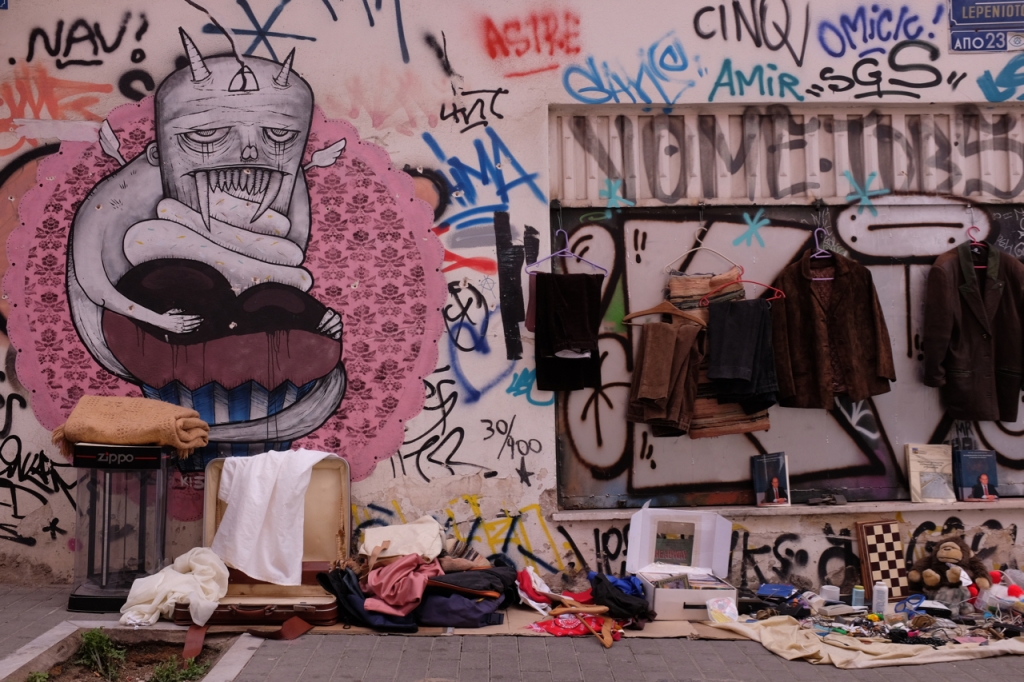 Some months ago, during the Easter break, my wife and I traveled to Greece. The first three days we spent in Athens, following which we took a bus to Delphi, two and a half hours away, and spent half a day among the ruins and in a museum. Athens turned out to be yet another Western European city flaunting its historical sights to tourists, most of whom were white, and amidst those scores of tourists I found it hard to summon the interest and enthusiasm that grips me when I read about the ancient civilisation that began in this region. We skipped the Acropolis; the queues were too long. Instead we spent time walking the old part of town, absorbing the atmosphere, taking photographs and, on one morning we visited the Acropolis museum. It was a sunny day, ideal for an outdoor trek, and indeed the hordes were at the site on the Acropolis hill, but we walked inside the beautifully designed museum looking at stones culled from that site. I found moments of inspiration here, looking at the pieces that formed the Parthenon frieze and also other sculptures in a large hall bathed in light streaming from one side through the floor-to-ceiling windows. The beauty of the building (I can’t remember another one as astonishing as this one) lies in its setting and in the way this setting is exposed to someone inside the museum. Through those windows one can view the Acropolis hill and also the low-rise houses of Athens that hug the foot of the hill. On the hill a section of the Parthenon is visible too. Nowhere have I seen this proximity — spatial and visual — between an object in a museum and the place it was recovered from. In between pieces of stone in the museum and stones on the hill were stones that formed the structures of modern houses, separated from each other by three thousand years. This juxtaposition created a strange effect I was unable to shake off, and I walked around the floors in a daze, wondering, at times, how this hill and its surroundings would look three thousand years from now, how humanity itself would look like, and how that race would view this museum, or whatever remained of it, gathering, through the fact of this museum’s existence, clues about our own civilisation and the way we looked at antiquity. My reflections did not lift my spirits. Given where we are now and how we are progressing, I cannot conceive of a future in positive terms; but three thousand years is a long time.