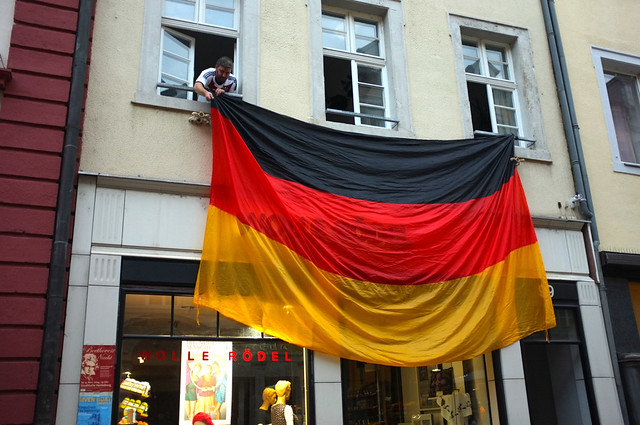 Among the electronic appliances at home, our television falls at the bottom of a list ranked by usage. Its screen stays blank most of the time, unless we decide, on a spur, to watch a movie on a weekend evening. We get thirty-five channels via the cable, and only CNN is in English: it isn’t our preferred medium to absorb world affairs. The old-fashioned radio does admirably well each morning (we do not mind at all that the news is in Hochdeutsch), and as for the rest there’s Economist and The New Yorker. The last time I watched CNN on TV was in the spring of 2011. (Growing up in India in the Eighties, those early days of Doordarshan, the daily 9 pm news was a regular fixture at home, and some newscasters — Salma Sultan, Geetanjali Aiyer — were household names. ‘The world this week’, Prannoy Roy’s news capsule that rounded up international events, aired at 10:30 pm each Thursday. It brought us, among other news, the fall of the Berlin wall and the arrival of CD as a technology to replace LPs. A quaint, black&white memory.)

Tennis is another exception, and the tennis court perhaps the most featured image on our TV screen. I do not watch the regular ATP circuit — those matches are mere dress rehearsals, — but the Grand Slams have me glued to the sofa. 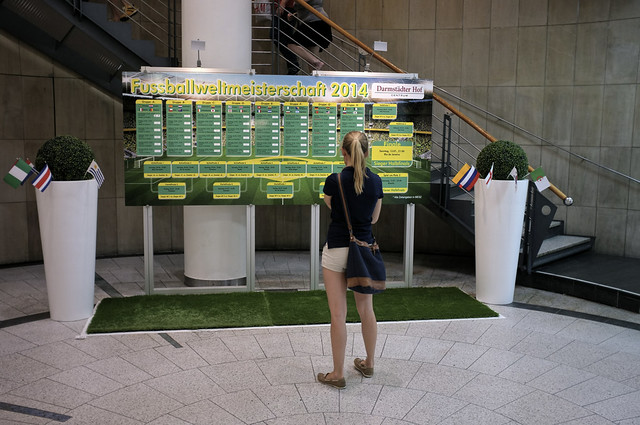 All this changes once every four years, when the FIFA World Cup begins. I try hard to keep status quo. I resolve, at the beginning, not to watch anything until the semis, but succumb before the referee blows a whistle in the opener. Little else gets done at home the next four weeks. The television overtakes the microwave and the iMac in usage rankings, stopping just below the perennially active refrigerator. I watch every match my time-zone permits, then complain to my wife that football is playing havoc with my routine. I tell her I’m not watching the dull pre-quarters stage (when games usually drag on for 120 minutes before the drama of penalties plays out), then join her at the sofa when the anthems begin. I consume, in these four weeks, more news and opinions on the web than I normally do in a year. It’s unreasonable, this attention I willingly consent to this silly game, and inexplicable. I do not watch the European football leagues — why this surge of passion during the World Cup?

Matters turn critical when Wimbledon and the World Cup matches fall on the same weekend. On a recent Friday afternoon, when Roger Federer and Novak Djokovic played in the Wimbledon semis against two youngsters (in a contest billed ‘old vs new’ by the media), I watched five hours of tennis and followed it with four hours of football. By midnight I was sprawled on the sofa, limp as a dried bean, feeling miserable all over. It wasn’t the tennis that did this to me, it was the football. Then, on Saturday evening, I found myself in front of the TV again, ready for the next football match. 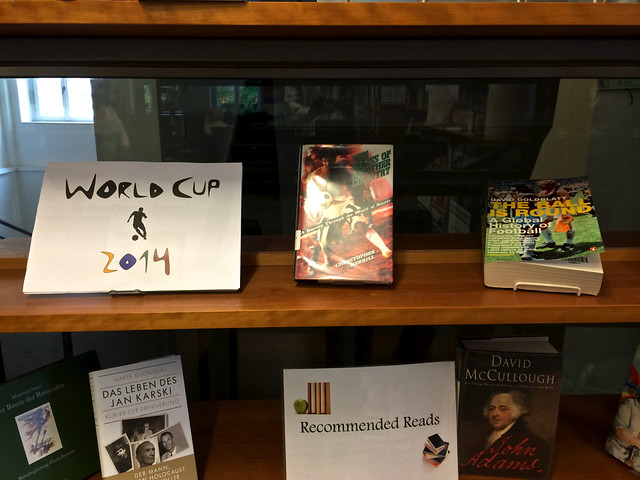 Early in June, as the World Cup began, I tried to place each team on my list of favourites. With no knowledge of the players’ history save their appearance in previous World Cups, I looked at their names for hints. Brazil was an instant disappointment. In 1982, the first World Cup I remember watching, there was Socrates; now, in 2014, I saw Hulk. (Dante, with a Sai Baba inspired hairstyle, had yet to appear on the field.) Germany, too, did not impress — no Schiller, Goethe, or Rilke. Costa Rica, ignored by everyone, was my clear favourite: Borges and Bolano(s) were on the field, Jorge Luis was their coach. What more does a team need? 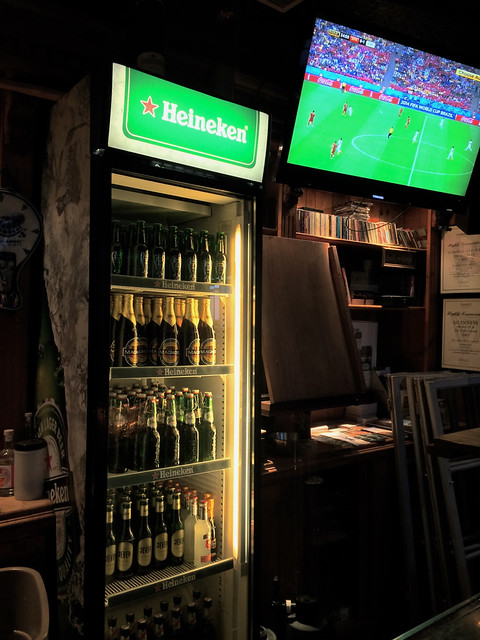 We watched matches at home, in cafes and sports bars, or with friends at their homes. My wife indulged in collaborative commentary with friends on Facebook, while I occasionally refreshed my Twitter feed. This experience was new, and it made dull games tolerable, interesting games exciting. When the Germans were winning (they haven’t lost yet), a quote by Gary Lineker seemed apt and prophetic: “Football is a simple game. Twenty-two men chase a ball for 90 minutes and at the end, the Germans always win.” 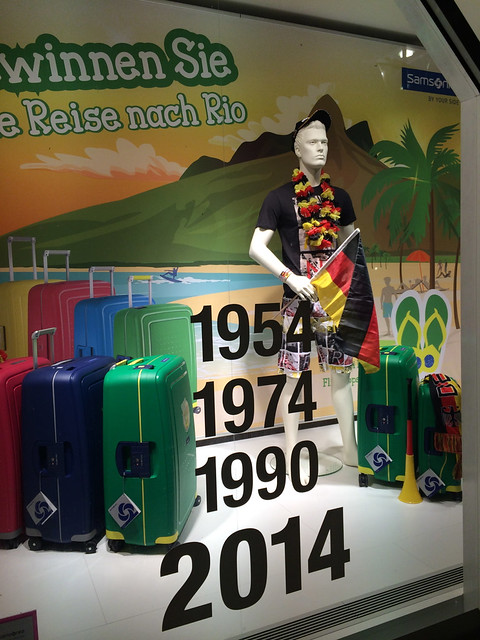 Each time the Germans won, there were fireworks in the sky, honks on the street. After their hard-fought victory against France in the quarter-finals, we left home and followed the sound-trail of loud, incessant honks. On the Friedrich-Ebert Anlage a victory party greeted us: a line of cars with people waving the national colours, honking loudly, screaming in joy. Germans are not supposed to behave this way, and they don’t, most of the time. But this is football, and we were in the middle of a World Cup. 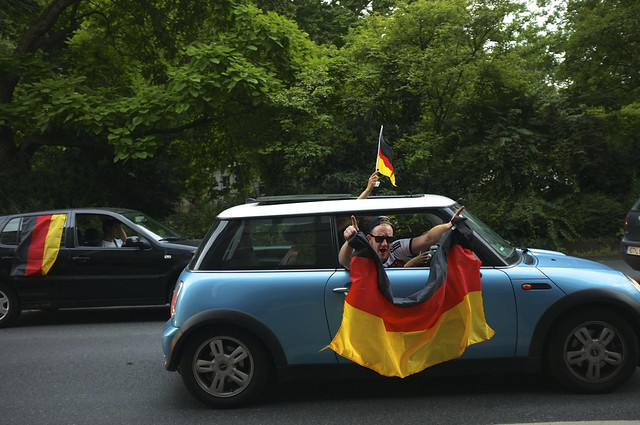 The carnival ends in Rio this evening. It doesn’t sadden me. On the result, my eleven-year-old Qatari neighbour has no doubt: I’m for Argentina, he says. He then adds that he’s practicing football these days, readying himself for the 2022 World Cup in his country. It’s a pity I won’t be watching him: that year I’ve resolved to book myself on a four week trek through a remote area, with no access to television or the Internet. I’m alone in these plans. My wife says she’ll visit Qatar. And the television at home, a tabula rasa, shall remain at the bottom of the list that summer.